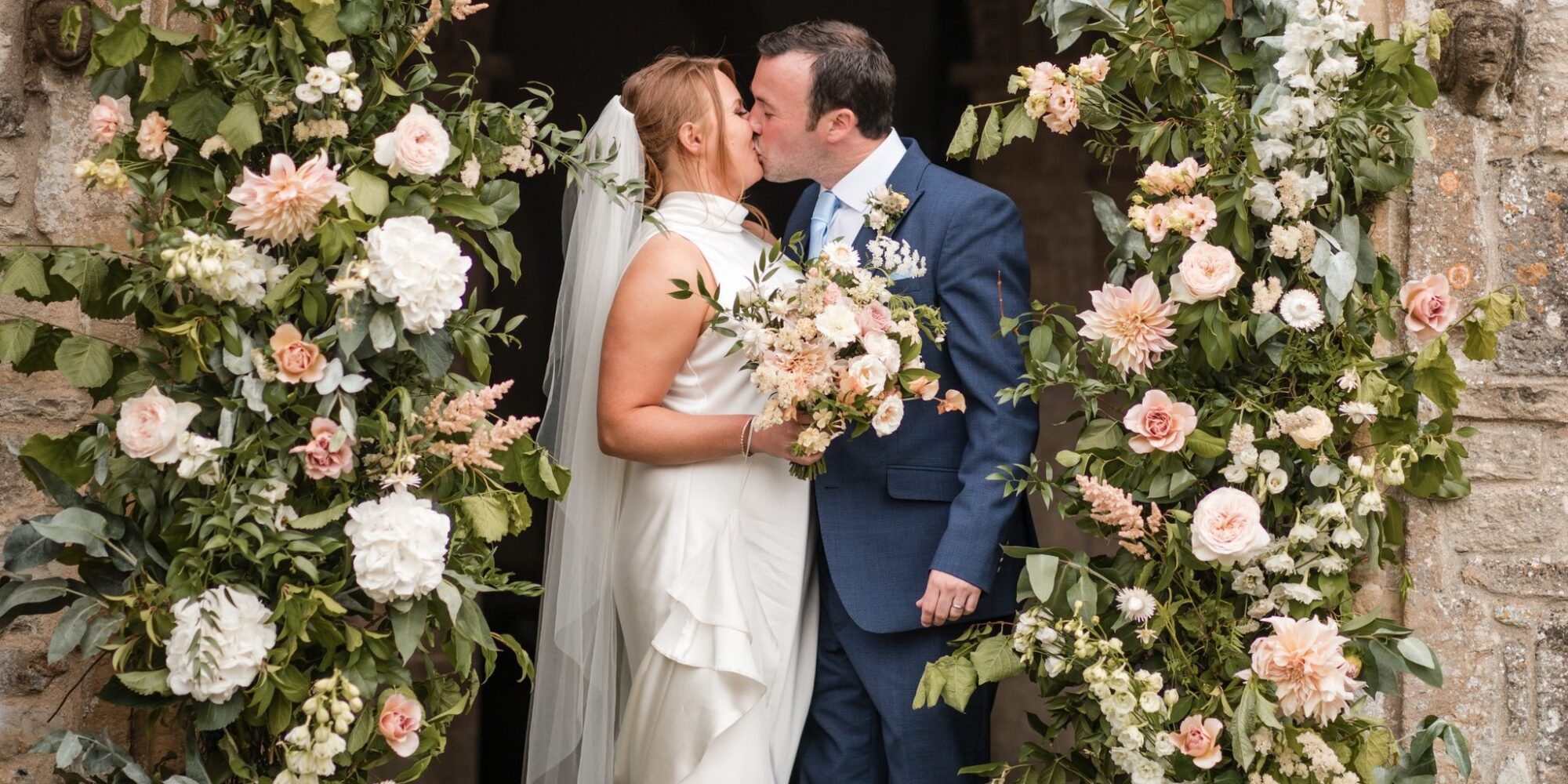 Back to Blog Laura and Peter’s Wedding

Located in South Oxfordshire, about 75 minutes from London, lies magnificent Ardington House, Wantage. It was at this historic country mansion where Laura and Peter welcomed friends and family for two days of summer wedding celebrations.

Ardington House is surrounded by parkland and rolling countryside of the North Wessex Downs. As an established weddings venue, you have exclusive use of the house and 30 acres of maintained gardens and grounds. The estate boasts a tennis court, swimming pool and its own river! The local train station, Didcot Parkway, is a handy 15 minutes away.

As a private home, the owner’s have a diligent events team to cater for all your needs. Laura and Peter’s wedding breakfast was held in Ardington House’s own riverside marquee, which has banqueting tables and chairs for up to 200 guests. This is a fabulous, chiffon-lined, space with a sectioned-off chequered dance floor with fairy lights adorning the ceiling. The marquee’s custom-built, fully stocked and staffed, bar kept guests happy throughout the celebrations.

The property has 12 bedrooms to sleep up to 23 guests, or 25 with children. The manicured gardens have a tennis court and lawn games. You can fly fish on the river, use one of the available bicycles and there is a popular village pub by the gates.

This brilliant wedding venue offers an unique setting for civil ceremonies. Although Laura and Peter chose to be married in Ardington’s village church, the House has an island temple in the middle of the river which meanders through it’s parkland. Against the backdrop of the house and a riverbank lined with weeping willows, the Island Temple makes a picture-perfect setting for an outdoor ceremony and has a capacity for up to 200. For indoor civil ceremonies, the Imperial Hall can seat up to 60 guests.

Wedding Venue with Historic Past

Ardington House Wantage is a listed stately home, built in 1720 with an emphasis on perfect symmetry and natural light throughout. It was commissioned by Edward Clarke, who wanted a house in the Baroque style.

The House was designed by the architect and mason Thomas Strong Jnr. The family owned stone quarries in Gloucestershire and became a well-known name amongst master masons. Over successive generations, the Strong family worked with Sir Christopher Wren on St. Paul’s Cathedral and Greenwich Hospital, as well as with Sir John Vanbrugh on Blenheim Palace. One notable feature of Ardington House is its rare staircase, which begins as two flights and then turns into one suspended flight.

The property has changed hands several times and alterations have been added. In 1833, the house was bought by Robert Vernon, a self-made man who had made his fortune selling horses to the British army during the Napoleonic wars. His art collection can now be seen in the Tate and National Galleries.

In 1861, the estate passed to Lord Wantage (Robert Loyd-Lindsay). He was one of the first to be honoured with the Victoria Cross for his valour and went on to found the British Red Cross. Lord Wantage left his mark by mounting two cannonballs on either side of the front door of Ardington House. It is believed they had been fired at the British forces by the Russian frigate, Vladimir, during the Battle of Inkerman in 1854.

Since 1939, Ardington House Wantage has been owned by the Baring family, best known as a family of bankers who established Barings Bank in 1762. They also went on to produce a number of well-known politicians and colonial governors in the 19th century.  Portraits of family members from the period now adorn the walls of the House.

Next door to Ardington House is the village church, Holy Trinity, where Laura and Peter were married. Their flower arrangements, inside and around the church entrance arch, were beautiful.

Holy Trinity Church dates back to the 12th century and was granted Grade II-listed status in 1966. By the mid-1800’s it was in a very poor state of repair and underwent major renovations at a cost of £3,500! The builders were Messrs. R & F Castle of Oxford. The church’s nave was lengthened, the south aisle and north chapel rebuilt, and the chancel was decorated by Mr.J.Wheeler of Wantage. The cost was borne by the parish but a new steeple was installed, paid for by Robert Vernon, owner of Ardington House at the time. He is buried in the churchyard.

If you visit this sympathetically restored church, try and look out for an unusual stone gargoyle – a women sticking her tongue out. It is one of a number, located high on the nave walls. Some gargoyles were stonemasons’ jokes but most were designed to frighten away evil spirits or to remind the congregation of the perils of life – and of their mortality.

If my images have inspired you, then take a look at Sarah and Dean’s wedding photographs taken at Holdenby House.