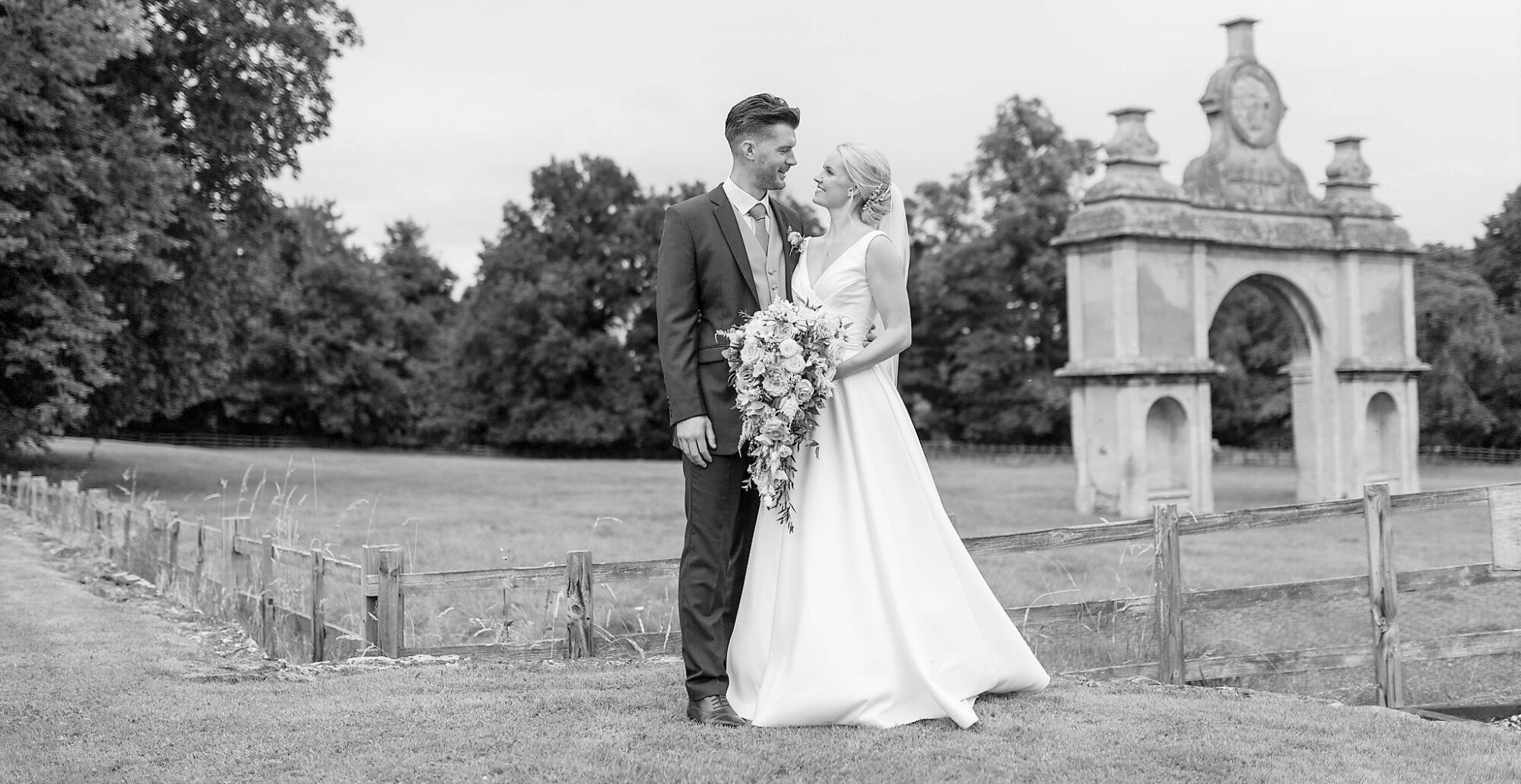 Back to Blog Sarah and Dean’s Wedding

The Holdenby Estate extends to some 2,000 acres of rural countryside and close to Althorp, former home of Diana, Princess of Wales. At the heart of the estate is the imposing and historic Holdenby House, Northampton. This is the country home of the Lowthers, a family who can be traced back to 940AD and has produced more Members of Parliament than any other family in England. It was also the venue for Sarah and Dean’s magnificent Summer wedding.

Built in1583 by Sir Christopher Hatton, Lord Chancellor and a favourite of Elizabeth I, Holdenby Palace was the largest house in England. It was built around two courtyards with 123 huge glass windows.

After the death of Hatton, the house became the Palace of James I, and then, Charles I. After Charles was defeated in the Civil War, he was held at the palace during 1647 but Oliver Cromwell sent 500 soldiers to remove him. He was executed in 1649. After the Civil War, the palace was sold to parliamentarian, Adam Baynes, who reduced it to a single wing. The palace was restored in 1660 and briefly returned to royal ownership.

The estate was bought by the Duke of Marlborough in 1709. Since then, Holdenby House has descended the female line to the Lowther family and today is the home of James and Karen Lowther.

The country house has a grand but homely panelled hall with 17th century paintings. This is the perfect entrance for wedding guests.

The Dining Room is licensed for the marriage ceremony and can comfortably seat around 100. On a beautiful silk wall covering hang two portraits of Charles I, including the famous ‘Clouded Majesty’. This is a painting of Charles and his son, the future King James II. Both were forced from the throne.

Sarah and Dean chose The Ballroom for the Wedding Breakfast. This is a grand room overlooking the Grade 1 gardens and is perfect if you are planning to seat around 100 guests.

Later, the wedding venue hosts transformed it into a magical party room for Sarah and Dean’s first dance featuring a live band.

Sarah and Dean staged a most memorable wedding. Sarah used The White Room at Holdenby for her bridal preparation with makeup by Courtney Jayne and beautiful floristry by Emma Remington Flowers

Interested in venues steeped in history? Then take a look at Georgia and James’ castle wedding for more inspiration.