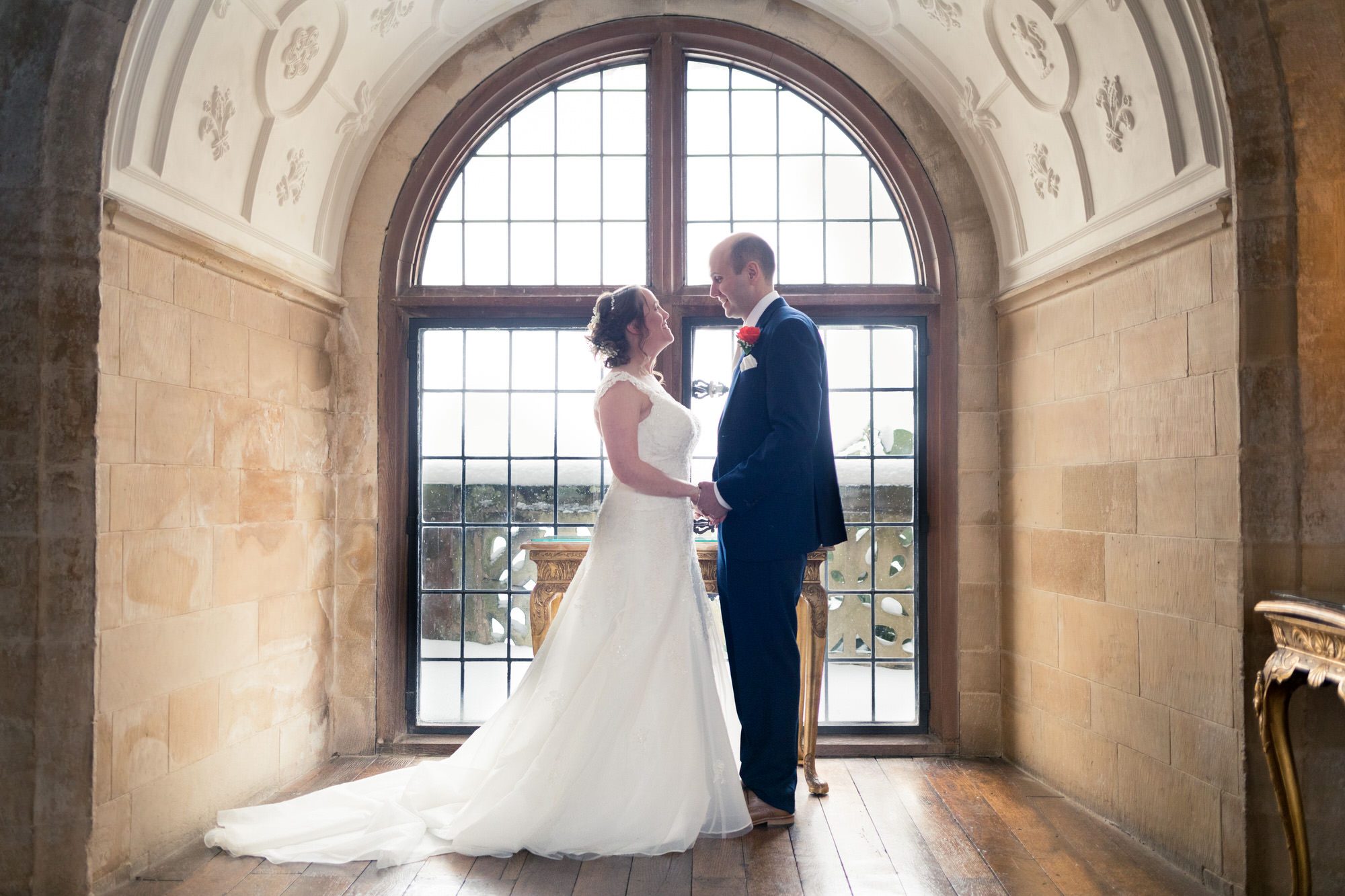 Back to Blog Sam & Anthony’s Wedding

Sam and Anthony’s early March wedding was staged in stunning Berkeley Castle, Gloucestershire – a castle dating back to the 11th century and the third oldest, continuously occupied, castle in England.

The day before their wedding there were a few concerns due to a ‘heavy snow’ forecast and, as promised, it duly arrived and made travel extremely difficult. Undeterred, Sam and Anthony pressed on and were married in front of the friends and family who were able to battle through treacherous road conditions. It was a beautiful, intimate ceremony that no snow storm could stop!

After a lovely ‘couples’ shoot around the grounds, out in the snow, it was easy to see that these two people were meant to be together, with their infectious smiles and upbeat outlook, it was clear that they were just happy to be married to each other.

All the best, Sam and Anthony, with life together and very much looking forward to hearing updates from you both in the future.