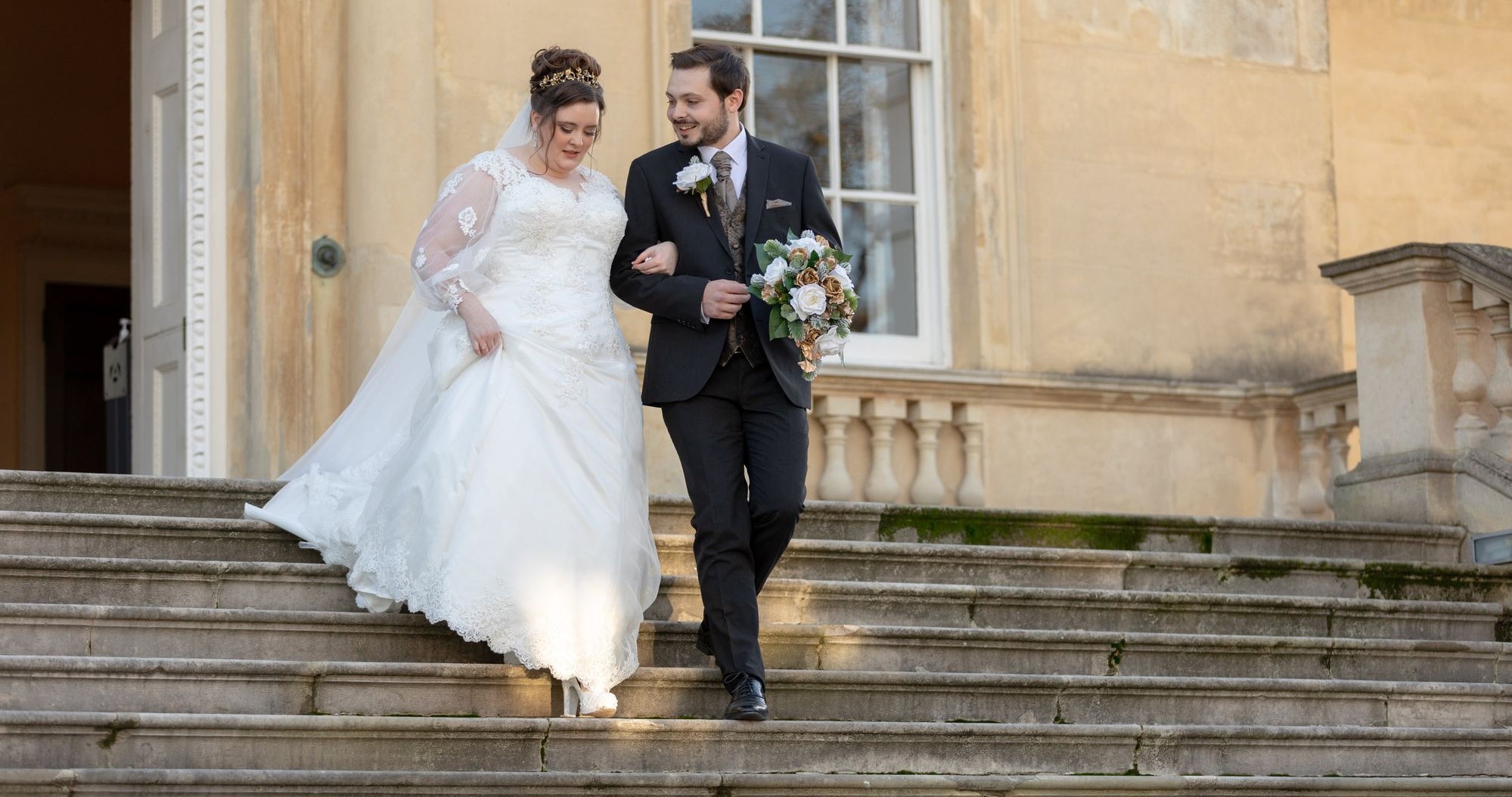 Back to Blog Rianna and Matt’s Micro-Wedding

Danson House and Park is located in Bexleyheath and was the wedding venue for Rianna and Matt’s micro-marriage ceremony, another size-restricted event governed by Covid-19 rules. Nevertheless, it proved to be a warm and intimate wedding conducted in beautiful surroundings.

Managed by Kent County Council on behalf of the London borough of Bexley, Danson House and Park is just 15 miles to the south east of central London. This beautiful Grade I listed building was officially re-opened by Her Majesty the Queen in July 2005. Standing in award-winning grounds, Danson House was built by Sir John Boyd in 1766 for his second wife Catherine Chapone. It was originally designed by Sir Robert Taylor, who was also the architect of the Bank of England. During the 1900’s, the building fell into a state of disrepair and in 1995 English Heritage identified the house as ‘the most significant building at risk in London’.

In 2005 the restored interior of Danson House opened to the public for the first time in thirty years.

As the official Register Office of the London Borough of Bexley, Danson House is a stunning example of a Palladian villa. Set in more than 200 acres of magnificent parkland overlooking the sparkling Danson Lake, it is the perfect location for a marriage ceremony.

The Manor at Bickley Wedding Breakfast

Rianna and Matt celebrated with their family and friends in Bromley, at The Manor at Bickley, an elegant hotel which has been in the same family for 50 years. Rianna and Matt are a lovely couple and their wedding was a perfect example of how to triumph over adversity.

Are you planning a small, intimate wedding? If so, take a look at these couple’s romantic events, photographed around the UK.